GRAMPS on the Mac

For the past few weeks, I've been playing with open source genealogy software called GRAMPS. It has been available for Mac users for a while, but it required a complicated installation procedure. The newest version, 3.1.2, is a simple download from here.

Although it has several things to recommend it, GRAMPS has one big minus: It's a tad buggy. It's not hard for you to trip over something that isn't as it should be. But even that has two good things, though. One, none of the bugs I've found has harmed data. And two, the volunteers writing GRAMPS have a full-featured bug reporting system. GRAMPS traps its crashes (at least all of mine) and guides you to filing a bug report. I found one and it was fixed in just a day or two.

But let's dwell on the pluses. One, it's free. For a full-featured piece of software, you can't beat the price. Two, it has a great range of reports -- you don't get a lot of options for fonts or styles, but you do get several kinds. You can gang them up in a "book," too, which can be useful. And of course, you can import your data through via GEDCOM.

GRAMPS also lets you view your places in a single screen, and here’s where I’m a little excited by the software. I have Brooklyn, N.Y. listed a half dozen ways. New York isn’t abbreviated, or it is without periods, or I have “Kings County” or “Kings Co.” I’m foreseeing a weekend where I can go through and add some standardization to my research.

The interface is decidedly non-Mac-like. And some of its conventions you’ll find infuriating. For example, to copy is control-C not command-C. But GRAMPS is written in Python, a very approachable computer language. It’s not too crazy to imagine someone will dress up the software.

I doubt many Mac users would make GRAMPS their number one software, but it’s definitely worth a look, if only as secondary software to capitalize on the things your primary software doesn’t have. 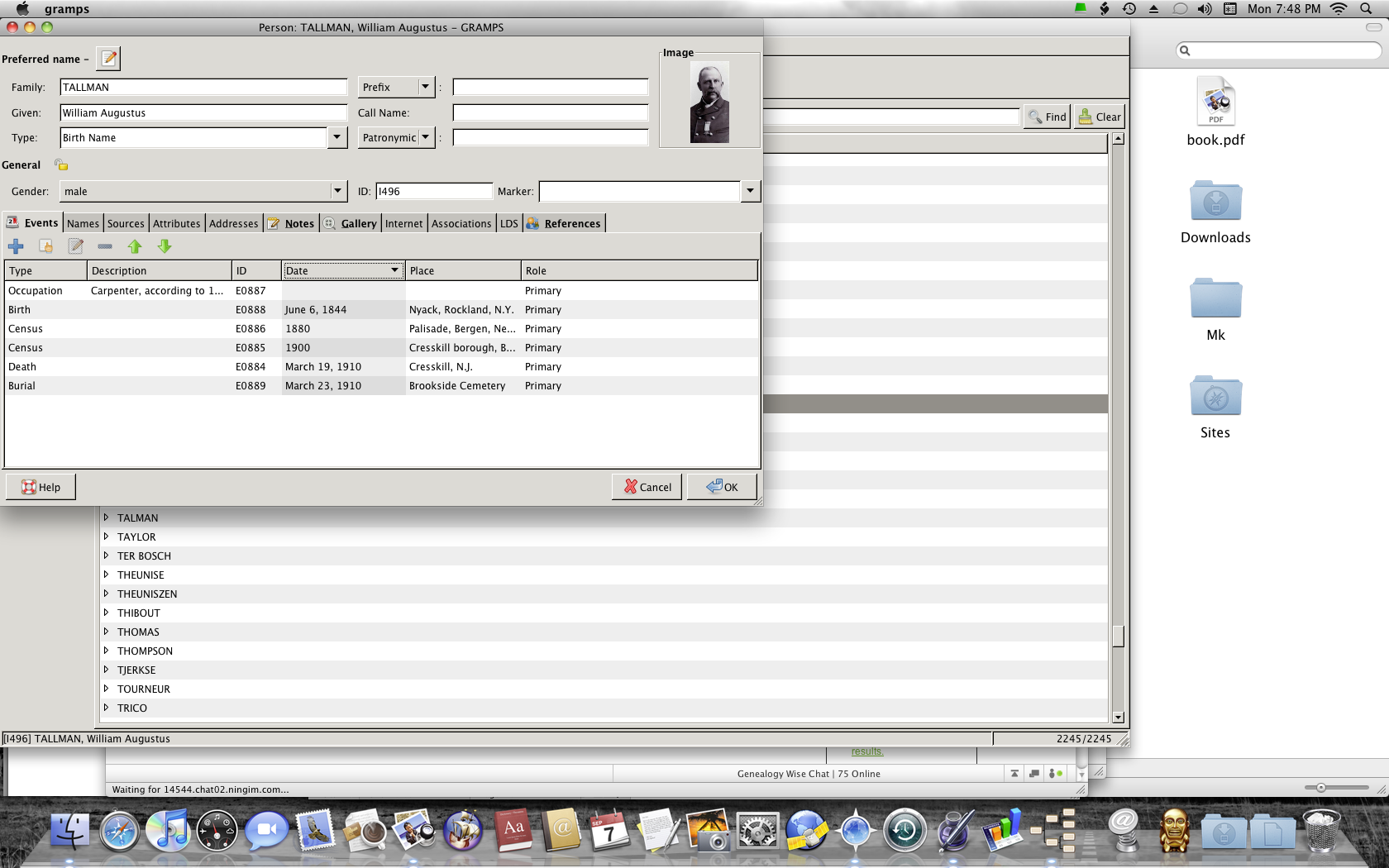 Permalink Reply by Barbara on September 7, 2009 at 7:03pm
This is certainly worth checking out. Thanks for the tip, Doug.
Barbara