The village foundry or blacksmith would have made and repaired tools, made and supplied ironware for house and dairy, feeding troughs, water troughs, farm machinery, manhole covers, shod horses, making the metal work for farm carts and wagons, even worked with the local wheelwright. Some would even employ a carpenter. They would have made gates and fences, The Huxtables more than likely made all the old iron fencing found around the Escot Estate. The door to the bread oven in Colesworthy Farm house was made by them while at Fairmile.

Doing a Google search I found the following items for sale, made by Huxtables:
A sale catalogue of vintage collectables had a Huxtable, of Fairmile single cheese press.Heavy cast iron trough with tapered sides. No damage, drainage hole to one end, marked twice on insides-Huxtable & Sons Honiton & Fairmile.

Edmund Huxtable would have made the "Tool Gate" situated on the corner of Green Lane as you come into the village from Patterson's Cross. 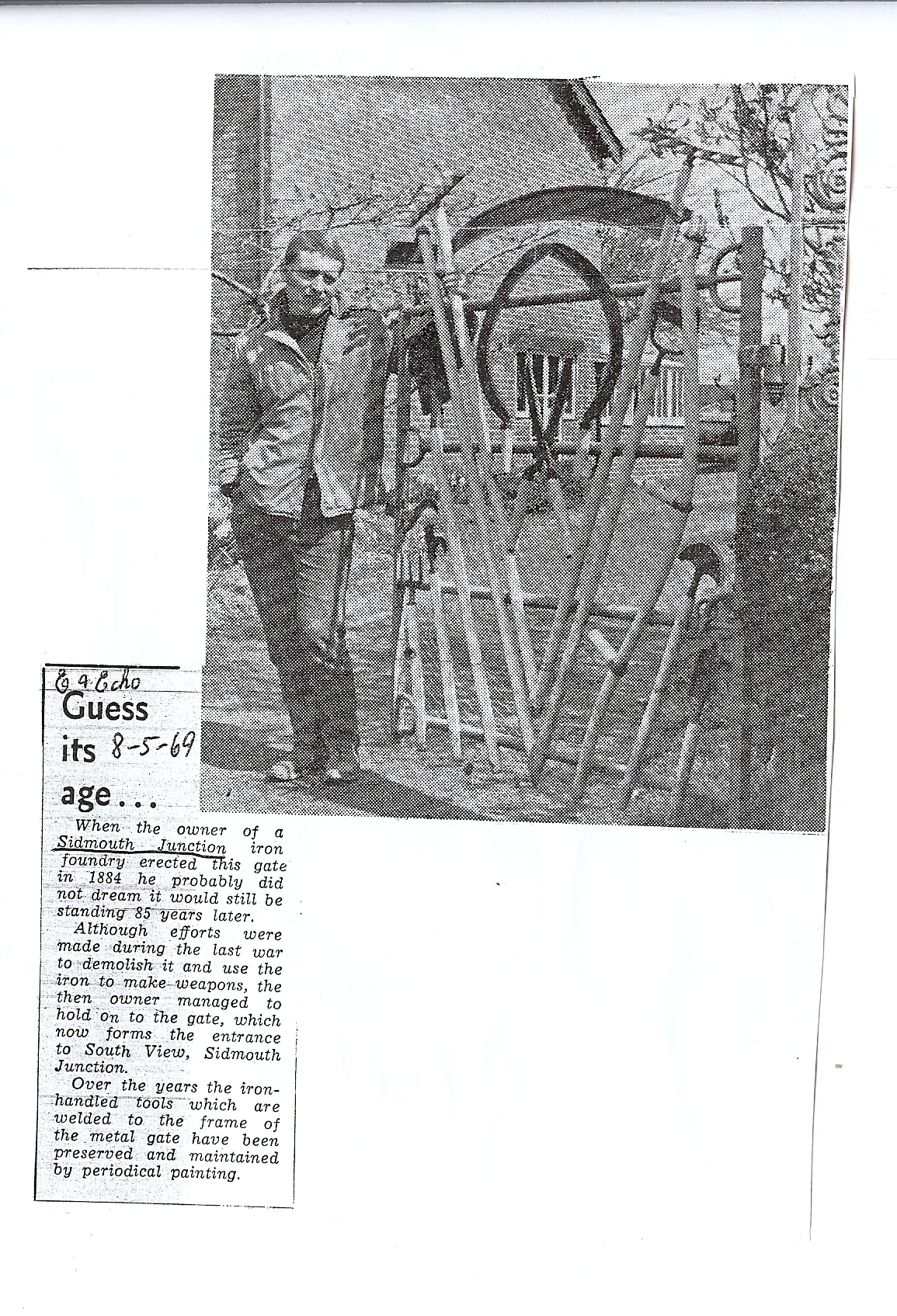 Permalink Reply by Christine Gibbins on August 16, 2009 at 5:18am
From Lorna:
I descend from the Beedle of Tiverton area who married into the Huxtables from South Molton--please get in touch to see if we share any common research.
Lorna Vincent