My  Grandfather Orvin  a grown man by now , put Sarah up in her own house  within shouting distance of his , later Sarah would meet and marry a fellow by the name of Houser [Husband # 3] ...  [Thank you Bonnie Drysdale Remington for leads on Husbands # 2 &3 ]
.  Sarah Jackson Houser departed this life November 1st 1964 , and was entered November 6 th 1964 in  Lot #2 Section L, North-West Quarter,Tahoma cemetery , city of Yakima ,,Yakima county , Washington State

from a story by  Alice Adeline Southam Cook (20 July 1889 - 15 January 1980
MABEL WAS BORN The mumps going down on me did not affect me like it does some people as our first daughter, Mabel, was born the following January 11, (1914) at 10:25 AM. It was Sunday morning and those going to Sunday School saw Dr. Heber Robinson come to our home. The neighbors were anxious to hear what we had and several of them told me that they were about as happy as we were when they heard we had a girl. She was a tiny little thing weighing only five and one half pounds. Sadie Drysdale was the nurse.
[The relation to the Cook family was one of Henry Drysdale's sister's had married a fellow named Freemont Cook who had later removed to Macgrath ,Canada.]
[more info at bottom of page ]

Dr. Heber C. Robinson was from what I gather Sarahs Cousin , as well as one of the top Doctors in Utah  , According to MEDICAL RECORD  which states:

parents and siblings are as follows: 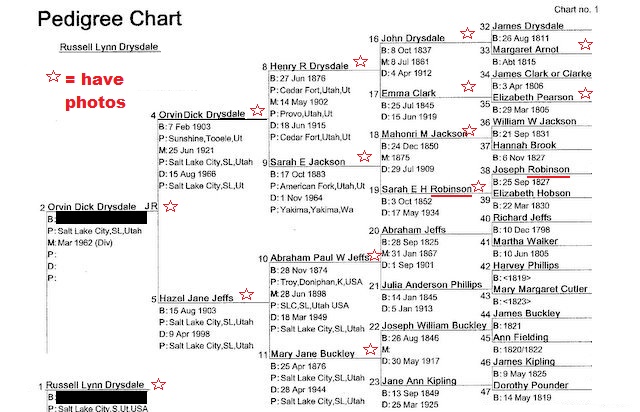