In Searching for my Great Great grandfather John Drysdale's name on this Mormon History site , I found it rather odd  he was not listed , but had been dead over 100 years .

I am not a Mormon , and my thoughts on the subject of Mormonism are beside the point , however I did feel very let down that those in charge of historical accounts and record keeping had slighted in some way a progenitor of mine . The longer I thought about it , the worse I felt .

So , I hacked out a very short statement [that they didn't bother returning] Included within 3 attachments of the material  from The Ships Manifest , Elvira Owen 1853, Deseret Evening News, 15 May 1912 , the book Pioneers and Prominent Men of Utah published in 1913 , and some microfilm numbers on file in

Salt Lake City containing information on John Drysdale written in his own handwriting .

I feel justice has been done .

Note , I provided Elder David L. Wood with every scrap of information that he ''looked up''

Your submission was for:

Thank for your interest in the Mormon Pioneer Overland Travel website and for bringing to our attention the name of John Drysdale. Because some of the pioneer company rosters apparently have not survived, are fragmentary, or never existed we rely on people like you to help us make this resource as complete and accurate as possible.

Our goal is to include all Mormon Pioneers on our website and to list them on the appropriate company roster, however, in the interest of accuracy, and in an effort to avoid the many errors found in earlier Mormon Pioneer listings, we are including in our database only those names that are mentioned in what historians call primary sources, (period documents such as a pioneer diary, the company journal, an autobiography or a letter written by one of the pioneers, the individuals obituary, or a source published during the pioneers lifetime, etc.) Such documents must be explicitly clear that an individual was in a specific company or that they traveled at a particular time.

John Drysdale has not been on our website because his name does not appear on the original handwritten roster of the Cyrus H. Wheelock Company. His three brothers are there, however.

I have searched our collections in the Church History Library and Archives and found Johns obituary (Deseret Evening News, 15 May 1912, 9) that says he arrived in Utah in 1853 but it does not name the pioneer company with which he traveled. However, an entry in the bookPioneers and Prominent Men of Utah (published in 1913, just one year after Johns death) says that he crossed the plains with the Captain Dailey Company. While there was no Dailey Company in 1853, there was a Freight Train led by Moses Daley! Thus, I have added Johns name to the roster of this company with the following note: John and his three brothers (James, Thomas and Andrew) crossed the Atlantic on the ship Elvira Owen in 1853. While John crossed the plains with the Moses Daley Freight Train, possibly serving as a teamster, his brothers traveled with the Cryus Wheelock pioneer company.

Thank you very much!

The status of your question is now closed. 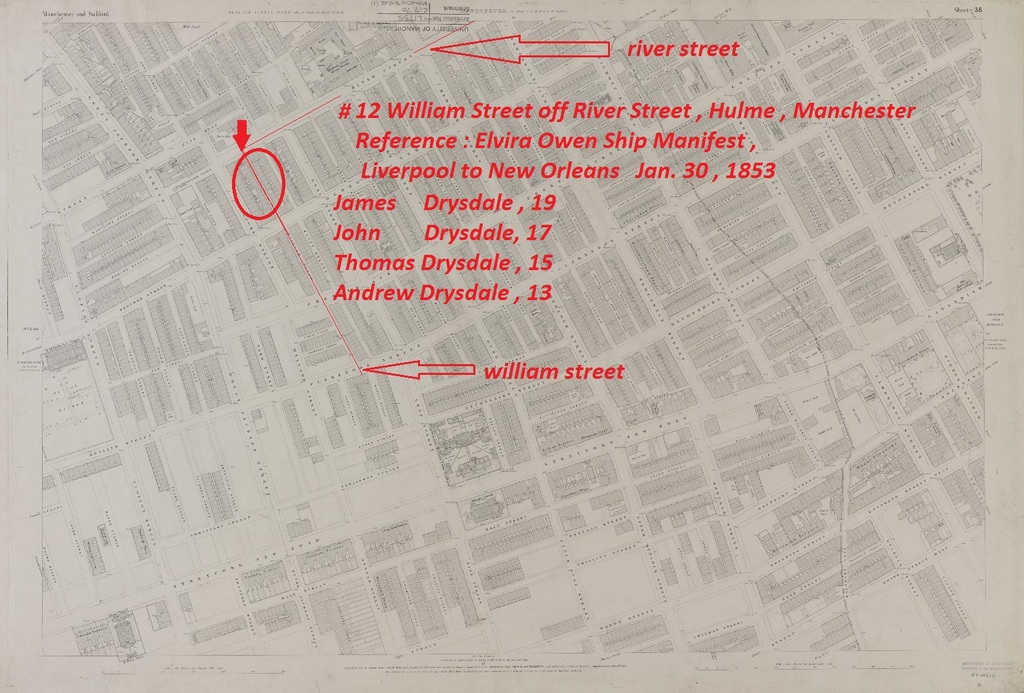 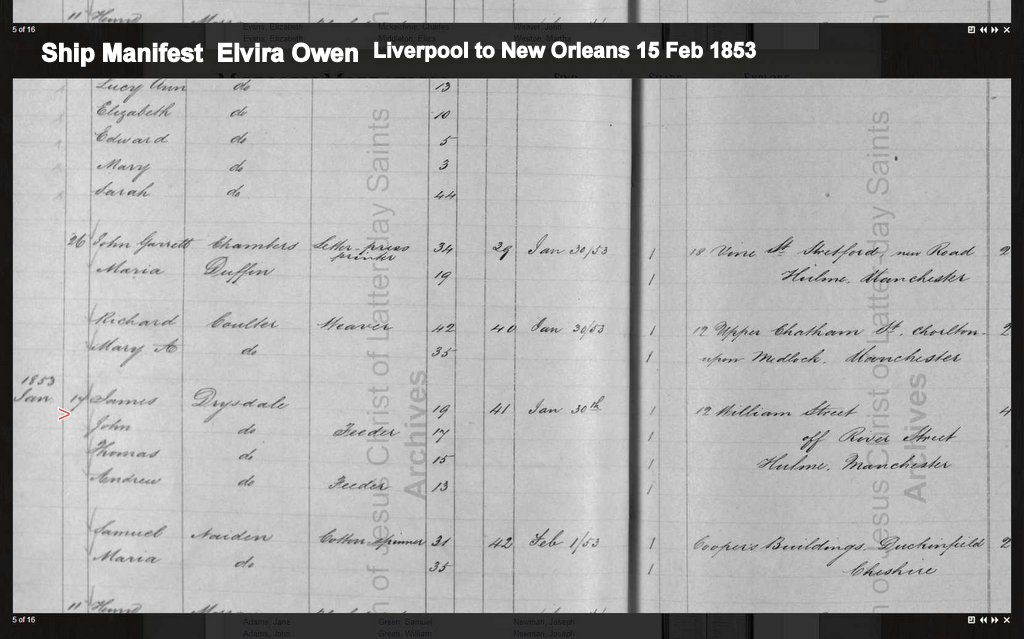 OBITUARY: John Drysdale, an early pioneer of Cedar Fort, died at his home in that place April 4. Mr. Drysdale was born Oct. 10, 1837. He came to Utah in 1853. He crossed the ocean in the ship Elvira Owen in a company of emigrants in charge of Elder John R. Winder. He went to California in 1854, where he remained during the winter, coming back the next summer when Johnson's army came to Utah.....Soon after this he located in Cedar Fort, where he had lived until his death. He married Emma Clark July 8, 1861, and to them were born nine children, six of whom, and his widow, survive him. He had been a prominent citizen and took part in many religious and secular affairs in the community. (Deseret News 15 May 1912:9) 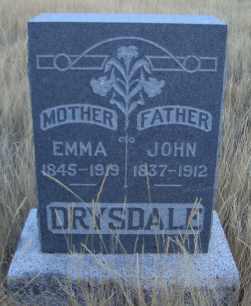 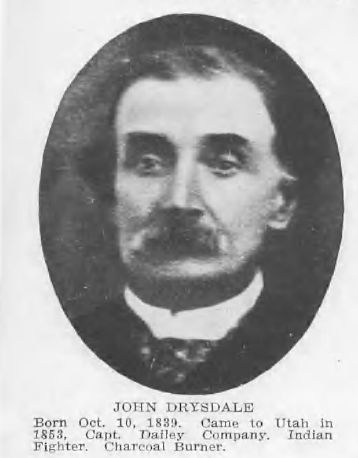 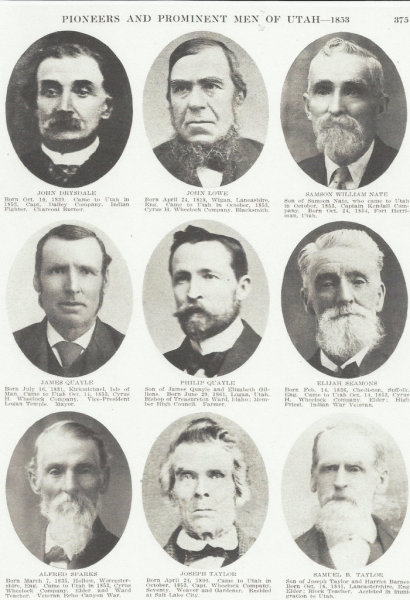 Thank you to William Douglas and Douglas Archives