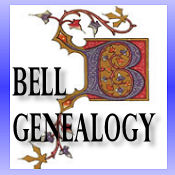 A group for everyone researching the BELL surname.

Welcome to the BELL Group

If you are researching the BELL surname, come join us.

The RSS reader only picks up the messages in the "Discussion Forum" below, so if you'll use that area, it will also keep the query/messages and the replies together.

One of the oldest Bell groups is the CLAN BELL. The description from their rootsweb list: for anyone with a genealogical or historical interest in the Scottish Clan Bell. Topics include searches for Bell ancestors; discussions of Clan history, culture, food, language, tartans, coats of arms, and major events and battles that changed the course of the clan; current events such as the main Clan gathering, rebuilding of the Clan Castle, and museums; and notices of gatherings and meetings from the official regional and international Clan associations.

From Tennessee to Indiana and Beyond

You need to be a member of Bell Genealogy to add comments!

I have finally been able to trace my Bell family to a Thomas Bell 1731-1795. He and his family arrived in Charleston, SC from Ireland in 1768 on the ship Brig Lord Dungannon. Here is where I have hit the brick wall! I do know that he was born in Ireland but who his parents are remain a mystery. Do any of you have any suggestions of where I may look for this information?

Comment by Daniel M. Bell on September 23, 2016 at 1:38pm
Hello I am trying to get any information on John Bell b.1814, d.188. He came to NB Canada from Northern Ireland around 1830s. I have a lot of information about his family 1840s thru1881 in St. George NB Canada but not much prior or of any family members that stayed in Canada after his death.

Comment by Mary Snow on July 4, 2011 at 11:17am
My Bell's are from Cullybacky, near Ballymena, County Antrim, Ireland.  Robert Bell married Jane Millar and they and their five children emigrated to Canada in 1847.  Are there any Bell's out there from this part of Ireland?  I beleive Jane Millar's parents were John and Agnes

Comment by Joni Bell on March 18, 2010 at 5:14pm
I am a descendant of David Bell and Sara Jane Willis, I grew up in Burlington, and now live in Oakville. my great great great grandfathers are buried in both Oakville and Burlington. i am trying to find David's father in Cockermouth England. thanks Joni 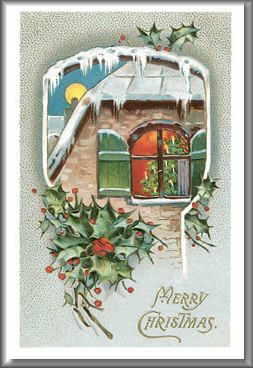 Comment by Lynne Sanders-Braithwaite on October 10, 2009 at 3:37am
I am the descendant of JAMES BELL who was convicted in Glasgow, Gallow Gate, of robbing an oyster bar and transported to Australia