In 1872 Emma  Clark Drysdale lost three of her children from Diphtheria, two boys and a girl, all within a few days of each other. Her husband, John was also down with the disease. Jane Clark Hacking went into their home across the street from her own and helped to nurse and care for them. Then she would return to her own home, change her clothes and wash, and care for her own family. One morning as she came home, her husband John Sampson Hacking was eating his breakfast asked, "How are they." She replied, "There is one more dead and John (Drysdale) and another child have it." [continued below photos] 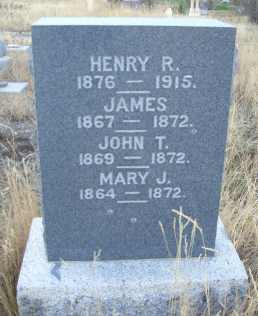 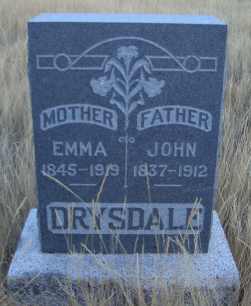 It was 50 minutes until a train would leave Lehi for Salt Lake City. Lehi was 15 miles distant, but he said to some of his sons who were eating breakfast, "Hurry and hook up the team while I get ready. I'm going to Salt Lake for a doctor." The horses were soon ready and he was on his way. He arrived at the depot just as the train was pulling out. The last block he had galloped the horses as he stood up and waved his hat. He jumped from the wagon and threw the lines to a friend, Mr. Hammer, who was standing there. "Please walk these horses around for awhile and take care of them." Then he ran for the train, and the conductor who was standing on the steps of the last car, helped him up the steps and asked what was his hurry. He explained the situation and then went in the car and sat down. When he reached Salt Lake he called at Dr. Benedict's office and was told he was out. He went several places trying to find the doctor, but at each place would be told that he had just left. Finally he left word for the doctor to come out as soon as he could and then he went into a drug store and ordered some medicines he thought were needed, and as the clerk wrapped them the doctor came in and said, "I hear you have been hunting for me." He was very relieved and explained the situation. The doctor accompanied him to Cedar Fort and prescribed for the sick. There were no more deaths at that time and none of Jane's children contracted the disease even though she had helped the sick and then took care of her own children.